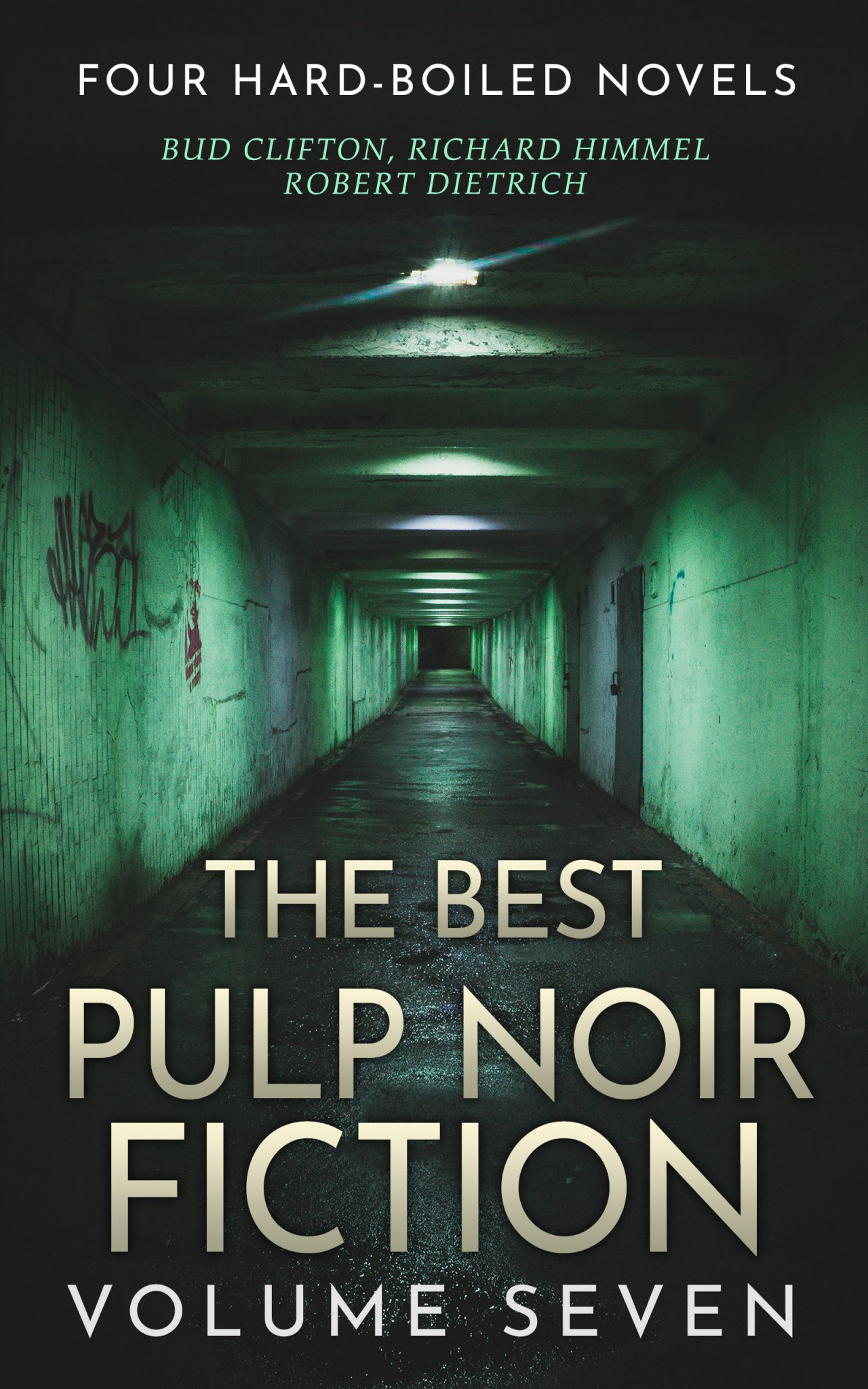 Four complete novels of raw, hard-boiled, pulp noir greatness by three masters of the genre, back-in-print for the first time in sixty years.

THE MURDER SPECIALIST by Bud Clifton
Hal Williams is a specialist with one particular talent to sell: contract murders that appear to be accidents. He’s a professional who does his job with cool, calm, and calculated detachment…or so it seems. It’s all part of a long-term plan for ultimate revenge. But just when everything is coming together…he meets Unne, a mobster’s coldly sensual mistress, a kindred spirit with a dark, devastating secret of her own…and everything changes.

“A tight, lean, nasty little masterpiece of noir.. How is it possible a book this good, this timeless in its cruel brilliance, was unknown and out-of-print for so long? I loved it.” Lee Goldberg, #1 New York Times bestselling author

TWO DEATHS MUST DIE by Richard Himmel
A big movie star’s dark and sordid past in a stag movie comes back to haunt her — it’s up to two-fisted lawyer Johnny Maguire to keep it buried, without getting buried himself.

“Richard Himmel was an outstanding writer… likely to please readers of well-written hardboiled crime who are also comfortable with some romance and human drama in their stories.” The Paperback Warrior

THE CHEAT by Robert Dietrich
Robert Webster goes to Paris to find himself, and his creative soul, after doing hack-work as a Hollywood screenwriter. He finds Hildreath instead — rich, beautiful, dissolute, who fled to France to satisfy deep, carnal desires no American woman would dare admit to feeling. They begin an affair that’s comfortable and warm… until he makes a shocking discovery that reveals her raw, naked lust. There’s no love in what she’s doing. It’s coarse and cruel and undeniable…and it will shatter their lives.

“Dietrich knows his stuff and handles it well,” The Boston Globe

LET HIM GO HANG by Bud Clifton
An innocent man is tried for murder… and the real killer is on the jury.
“A stylistic virtuoso, matching on the typewriter the lightning flashes of such musical masters as Paganini on the violin,” The Chicago Tribune