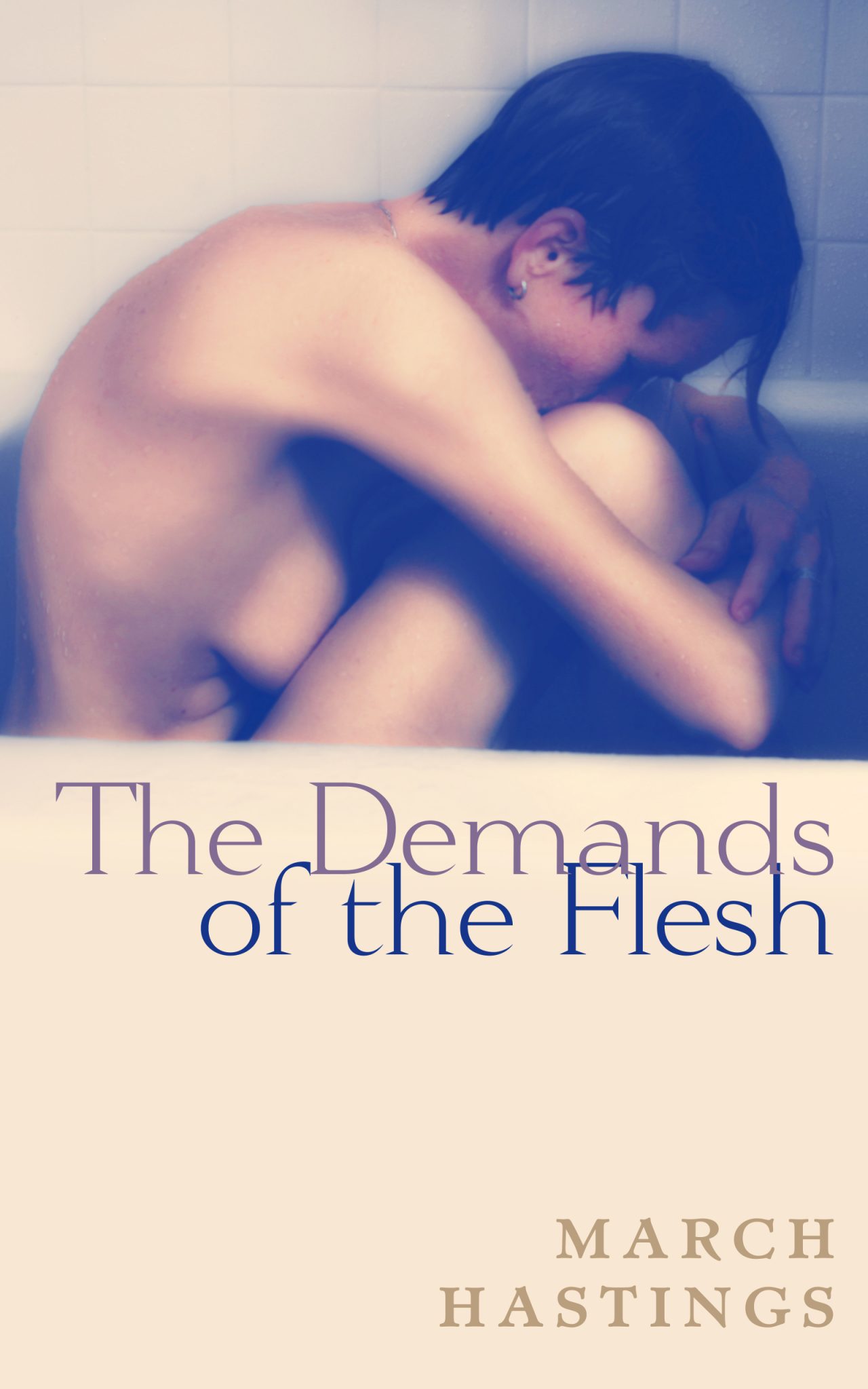 Ellen is a widow who pits the propriety of her social position against the awful torment of her desperate emotional and physical needs. For her, the demands of the flesh in particular have become overpowering. She enjoys physical satisfaction with the hedonist Raoul, but it leaves her feeling degraded. She gets comfort and sweet release with the lesbian Nita, and at least finds a tentative peace, but can she go on that way? Her answers may lie with Richard, a medic who helps lead her through the labrynth of emotional and sexual conflict that is threatening to tear her apart.

“March Hastings,” at least initially, was one of the pseudonyms (along with Laura Duchamp, Viveca Ives, and Alden Stowe) of Sally M. Singer, a lesbian writer born in 1930s and reputedly the author of more than 130 novels, across many genres, in her lifetime. She is undoubtedly best-known for her string of ground-breaking, lesbian-themed, sexy pulp paperbacks in the 1950s and early 1960s, including Three Women, The Third Theme, Veil of Torment, and The Demands of the Flesh. She wrote many other sexy novels as Hastings, not all of them with a lesbian theme. However, by the late-60s/early 70s, the “March Hastings” pseudonym was co-opted by her publisher and became a house name for many different authors penning lurid paperbacks (one of them being prolific pulp author Len Levinson, whose first novel Private Sessions was released under the name), diluting and confusing her early legacy as an influential author of lesbian pulp and straight erotic fiction.