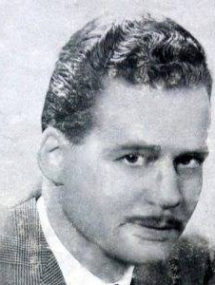 Bart Spicer aka Albert Samuel Spicer (1918-1978) was the author of two dozen novels in multiple genres, including crime, thriller and historical sagas. He is perhaps best known for his series of seven “Carney Wilde” private eye novels in the 1950s. As “Jay Barbette,” he teamed up to write four novels with his wife, Betty Coe Spicer, a well-known magazine editor.

A sprawling, action-packed epic about the war for Canada… and the legendary men who fought it.

It’s 1759. Duncan Crosbie, exiled Scotsman, soldier of France, loves war. He’s driven by his unrelenting determination to defeat the English, who killed his father at the Battle of Culloden. But Crosbie is not getting much of an opportunity to fight anymore. The French king lolls in his palace, under the witchery of Madame de Pompadour, and the army stands idle. So Crosbie sails for the New World, to join the tall captains, fighting the British in the northern wilds of Canada...

A blood-stirring novel of the conquest of the West, of the lawless days when frontiersmen fought savage Indians and renegade whites for control of the rich, Ohio wilderness…

It’s the summer of 1790… and Col. Duncan Crosbie, a veteran of the American revolution, leads 300 French emigres in a wagon train from Alexandria, Virginia to their new home in the wilds of Ohio… a quest for freedom that becomes a harrowing struggle for their lives.