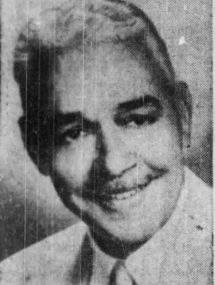 Homer Hatten was a successful Kansas City advertising executive who wrote a half-a-dozen, highly acclaimed historical novels. According to news reports, he killed himself in June 1955 with an overdose of sleeping pills only a year after his first wife died in a fall at their home. The original edition of Horsemen From Hell was released after his death.

Texas was a territory crackling with lawlessness and corruption. Brother challenged brother over the land. Hard men fought for power in a place where might was right. Then Clay Farrar came out of Missouri searching for peace...and met dark, beautiful Toni O'Neill, who desperately needed help. To save her, Clay had to take on the entire, gun-ridden territory.

Bride of the Sword

The epic historical novel by one of America's most acclaimed western writers.

Manette was torn from her wealthy birthright to be the weapon of a ruler's revenge. In Spanish Harlem, she danced by torchlight, a dance so savage and ecstatic that the men who watched cried out to possess her. At a pirate's secret haven, she was put up for auction, cut-throats bidding and fighting for the chance to make her their own. And in New Orleans, a Governor tried to trade her for an empire, the great Constancia plantation. Through it all, she was determined to not only to survive, but to conquer...or die trying.

Neil Cain rode into San Marcial wild for vengeance, knowing he'd end up dangling from hangman's noose....but he was going to take nine men to hell with him.

Melissa McCutchen heads went of the Mississippi, searching for her husband, a wanted fugitive. On her journey she crosses paths with Dale Mallonee, a part Cherokee, who rides the wildlands with six Indians, his "horsemen from hell," searching for a former partner who did him wrong...and for new land, and new women, to conquer and tame.