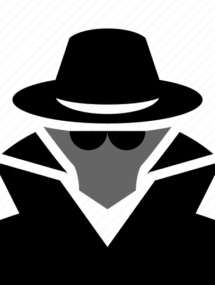 Fred East (1885-1983), who wrote under the name “Tom West,” was born in London, England. After being badly injured in France while serving in the British Army in WW1, he turned to writing, eventually moving to the United States, where he became a journalist and editor. In 1944, at age 59, he published his first western novel, and went on to write sixty more, including some under the pseudonyms “Peter Field” and “Roy Manning.”

Hap Harrigon is on the run for a crime in Yuma and on the vengeance trail, even though he knows it will end at the gallows....involved in a bank robbery, a swindle, and a feud with sheepmen that draws the U.S. Cavalry into the dangerous mix.

"One of the toughest range wars in western fiction, told with Tom West's inimitable dry humor and versatility in the cowpoke vernacular. The reader is assured of several hours of complete relaxation -- if he can find it in murder, massacres and shootings." Chicago Tribune

Crawler Connor raised his son Bill to become the fastest gunslinger in west for one purpose -- vengeance. Now the time has come and Bill rides straight into a bloody range war to face his violent, bloody destiny.