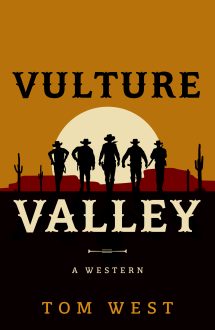 He owed allegiance to both the law… and the lawless.

Hap Harrigon is on the run for a crime in Yuma and on the vengeance trail, even though he knows it will end at the gallows. He’s chasing the man who framed him and killed his friend. But complicating things is the sudden return of Slick Sam, his former cell-mate and a double-taking, double-dealing snake…who gets him involved in a bank robbery, a swindle, and a feud with sheepmen that draws the U.S. Cavalry into the dangerous mix.