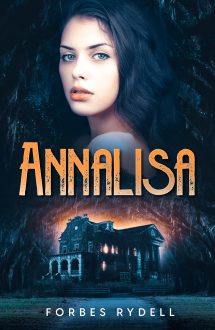 A classic, gothic thriller, back in print for the first time in over 60 years! “A deep Southern ‘who-didn’t-do-it’ dripping with Spanish moss and suspense…brim full of nostalgia, nymphomania, and night-rhythmns, to say nothing of implicit incest, patricide, matricide, and fratricide.” The Observer (London)

Dana Hebert will do anything to stop his brother Claude from marrying Annalisa, a hauntingly beautiful and dangerous woman they’ve known since they were children, when the three of them first shared their murderous secret. But this is a family rife with dreadful secrets, and Grand’mere, the chatelaine of Bon Plaisir, knows and hides them all within her tortured soul and the frightening walls of the half-castle, half-prison that she lives in…the home of Dana’s youth. There is also their Great Aunt Celia, who has remained a child for all her years, never quite maturing, obeying Grand’mere’s every command. And there is Aunt Mirabelle, who has lived within herself, tasting the bitter wine of her loneliness. But most of all, there is Bon Plaisir itself, doorway to the past, to tragedy, and to terror.

“Forbes Rydell” was a pseudonym for prolific crime/thriller author DeLoris Stanton Forbes (1923-2013) & Helen B. Rydell. They co-wrote four books together between 1959 & 1963. Annalisa was Forbes’ first published novel. Forbes went on to write many other books, many as “Tobias Wells.”