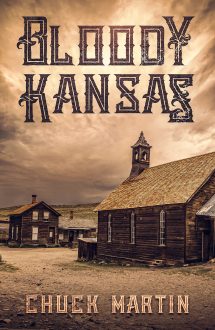 When Silent Sutton rides into Dodge City, Kansas, he finds a hell town of gun battles and killings. So he pins on a Marshal’s badge and uses his lightning fast gun to bring peace and justice to the toughest city in the west. But Sutton does it knowing that there’s one gunman in town who can beat him to the draw — Stud Bailey, the self-styled boss of Dodge, who is waiting to take the Marshal’s woman and bury him on boot hill.

Charles M. “Chuck” Martin (1891-1954) aka “Carlos Martinez” & “Clay Starr,” was a former cowboy & house painter who, after a nervous break-down & a car accident in 1921, had a life-changing epiphany & became a prolific Western author, producing a million words of fiction a year. He killed himself in 1954.