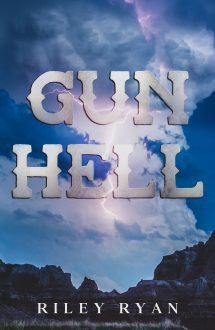 He Rode A Vengeance Trail Across the Bloody Badlands

The pack of armed desperados rode onto Johnny Burr’s land at night, tied him to a fence post, then made him watch while they raped and killed his wife. He only saw one man’s face.  Johnny vowed to track him down, across a thousand miles of lawless, gunslinging wilderness, and kill him. But his quarry finds him first…

This is Riley Ryan’s one and only novel…and was originally released in 1954 as The Dakota Deal and later as The Oath. It was also translated into Swedish and released as Blod för Blod.