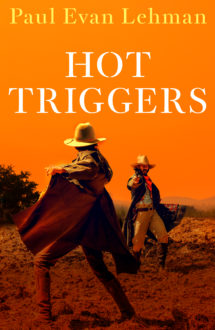 Bill Serviss is a ruthless, gun-fast ranger… his Colt .45 blazing hot justice against the toughest outlaws in the west.

The most feared man in town was Cleve Morley, proprietor of the Silver Saddle Saloon. He ran the ranchers and he ran the prostitutes. But he couldn’t run Bill Serviss, the lustiest, hardest driving ranger in the territory. Now their conflict is about to erupt in a bloody battle that only one of them can survive.

Previously published as Passion in the Dust.