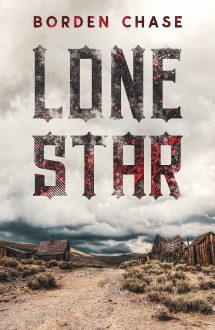 President Andrew Jackson sends cattleman Devereaux Burke on a diplomatic mission to convince Sam Houston to bring Texas into the union…against the efforts of two powerful, greedy senators who want to carve out Texas as a standalone empire. Caught in the middle of the battle is newspaper reporter Martha Ronda, a breath-taking beauty the men want to possess almost as much as they want the land.

The book was adapted by Chase into the 1952 movie that starred Clark Gable, Ava Gardner, and Broderick Crawford.