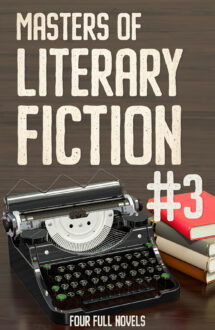 A MULTITUDE OF MEN by William Dale Smith
A lost, literary masterpiece, hailed as “alive with shocking vitality” by the Auburn Journal, is now back in print for the first time in over sixty years….

It’s 1959. Over the mills of the huge Craft Steel Company, the sky is ablaze, reflecting the white- hot heat of its open-hearth furnaces. The company and the town its workers live in are also a tinderbox, crackling with the tensions of an impending power struggle that will reshape their lives. The heavy guns of the Industrial Workers of America, a new labor organization, are opening fire on the old, corrupt, company-dominated union…and 10,000 steel workers are caught in the crossfire.

“His descriptions of steelmaking are breathtaking, capturing the color and clamor of open hearths in language so vivid and moving, that it often borders on poetry.” Buffalo Evening News​​​​​​​

THE GLORY JUMPERS by Delano Stagg
Saving Private Ryan meets The Dirty Dozen in this long-lost, epic war novel, back in print for the first time in nearly 60 years.

INTEGRATION OF MAYBELLE BROWN by Bonnie Golightly
An intimate and moving story of racism and revolution in America’s deep south…back in print for the first time in over sixty years.

A small, southern town is rocked to its racist core when Maybelle Brown arrives from Philadelphia to live with her grandmother…and becomes the first black student ever enrolled in the local college. But that’s only the beginning of the explosive problems her arrival creates. Maybelle soon becomes romantically involved with a white man, crossing an unthinkable line in a community terrified that a rising tide of color will destroy their heritage.

One of the most candid and acclaimed novels to rise from the ashes of World War II. This is a compelling story of just 24 hours in the lives of soldiers in the amputee ward of an army hospital — and the nurses who are treating them. The men paid the ugly price of war. Shattered in body and spirit, they find themselves tormented by the desperate, human needs they can’t satisfy.

“You read a book with your eyes, but this one hits you between them. Here is truth-telling that rises above mere authorship.” Birmingham News