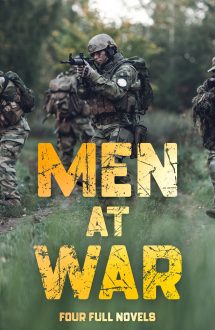 Beyond Defeat by Hans Werner Richter
“More powerful by far than All Quiet on the Western Front and much more frightening.” Minneapolis Star-Tribune

The novel was inspired by author Hans Werner Richter’s (1908 – 1993) own experiences as a German POW. He went on the write several critically-acclaimed novels and non-fiction books.

The Freebooters by Robert Wernick
A long-lost, World War II literary classic in the dark, satirical tradition of Catch-22 and M*A*S*H. When The Freebooters was released in 1949, the San Francisco Chronicle declared it “the best American war novel to arise so far.”

“Delano Stagg” was the pseudonym for Mel R. Sabre and Paul Eiden, both of whom saw combat as paratroop non-coms during WWII. Their joint decorations included the Purple Heart, two Silver Stars, and a Bronze Star.

Pieces of the Game by Lee Gifford
“This novel kicks total ass. Pieces of the Game is like a deep-water, Clive Cussler treasure hunt crossed with The Great Escape, with enough intrigue and action to rival both.” Paperback Warrior

Shortly before the U.S. and Filipino forces surrendered to the Japanese on May 6, 1942, they dumped all of Manilla’s silver pesos, valued at $8 million, into the deep water south of Caballo Bay. The Japanese want the fortune, so they force seven American POWs to dive into the cold depths to help recover it…or face torture and death. One man survives to tell the tale but that harrowing adventure is only the prelude to the rest of his story, set long after the war is over, when he returns to Manilla to face an old, ruthless enemy.