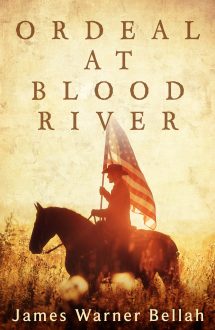 The mighty Colorado River was known as blood river to the single, U.S Cavalry troop charged with policing the thousands of miles of hostile, Arizona territory around it…and where they are pitted against foreign mercenaries intent on snatching the land for themselves. But the blue-clad troops, battle-tested in the Civil War, and under the command of the relentless Lt. Flintridge Cohill, aren’t willing to give an inch of the blood-soaked dirt to anyone. Arizona is a land where a man accepts total responsibility for what he does, and does whatever it takes to survive, or he’s vulture meat.