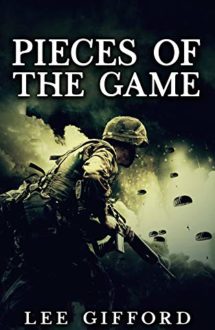 PIECES OF THE GAME By Lee Gifford

“This novel kicks total ass. Pieces of the Game is like a deep-water, Clive Cussler treasure hunt crossed with ‘The Great Escape’ with enough intrigue and action to rival both.” Paperback Warrior

Shortly before the U.S. and Filipino forces surrendered to the Japanese on May 6, 1942, they dumped all of Manila’s silver pesos, valued at $8 million, into the deep water south of Caballo Bay. The Japanese want the fortune, so they force seven American POWs to dive into the cold depths to help recover it… or face torture and death. One man survives to tell the tale… but that harrowing adventure is only the prelude to the rest of his story, set long after the war is over, when he returns to Manila to face an old enemy.