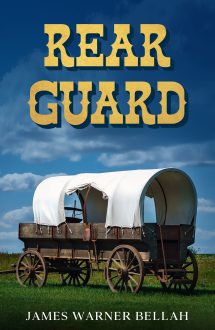 “He writes about the west like he won it in a poker game,” Time Magazine

In the horrific quiet before the battle, Captain MacLaw handed his pistol to the woman he loved and said: “There are six cartridges. Save one for yourself.” If it came to that, she would… and take six savages with her.

Over a thousand Indians are coming to attack the wagon train, kill the men, and ravish the women. The Captain’s troop of forty battle-weary men, willing to fight to the death, is all that stands between the Indians rampage and a massacre.

This was adapted by Samuel Fuller into the movie The Command, starring Guy Madison.