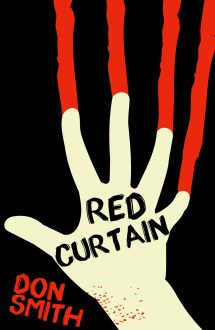 The year is 1959. World War II vet Phil Sherman remained in Shanghai after the war and launched Trans-Eastern Supply, an import-export company specializing in the legal trade of computers with Eastern Bloc nations. Now his business takes him to Europe, where intrigue, espionage, and rampant greed are running wild. He’s approached to sell platinum from behind the Iron Curtain. This leads him into the dangerous arms of seductress Vera Maudet…and puts him in a killing field between the CIA and the KGB.

This book was published under the pseudonym Duncan Tylor (which morphed into “Duncan Tyler” in later editions). Nearly ten years later, Don Smith would bring bring back Phil Sherman for Secret Mission: Peking, the first book in what would become the Secret Mission espionage/adventure series that would continue for 20 more novels, ending with the author’s death in 1978.