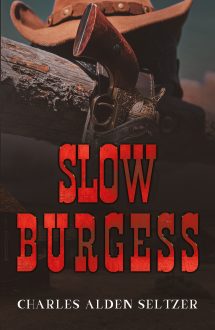 This long out-of-print western novel, first published in Argosy in 1918, was the basis for the classic Tom Mix silent film Fame and Fortune.

Wandering cowboy Clay “Slow” Burgess finally returns home to Palo and discovers that his father, the town banker, has been murdered and his ranch taken by Big Dave Dawley, a vicious land baron who rules the territory with absolute terror… and bloody violence. Now Burgess must fight for vengeance, for his land, and for the love of a good woman. But what his adversaries don’t know is that Clay’s nickname is a cruel irony, because when he’s pushed, he kills quick with blazing guns of righteous fury.