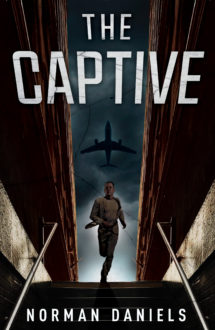 THE CAPTIVE By Norman Daniels

World War II veteran Jeff Castle is living a quiet life as a big game hunter in Africa… until he’s called to the bedside of his dying, estranged grandfather in New York, where he learns he’s the sole heir to the man’s business: sixty hotels throughout the state. Castle barely has a chance to absorb the news when he’s seduced by a woman… who is murdered shortly after he leaves her bed. Now, instead of tracking game, he’s hunting for the woman’s killer in the concrete jungle. But the hunter is also the hunted, being stalked by vicious prey — the NY mob, who want to take the empire that he’s inherited, which isn’t what it seems.