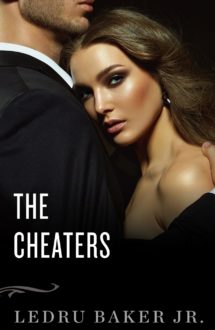 The Cheaters By Ledru Baker Jr.

She opened the door to love… and death walked in.

He looked at the woman, slim and beautiful, the woman he’d been hired to ruin. Then he saw her haunted eyes and fell in love. After that, it was the two of them together in a merry-go-round of hate and fear… and murder.

A crime lord strong-arms Jack Griffith, a struggling musician, into spying on his wife Mardi, who he suspects is cheating on him… but things go very wrong when Jack falls for her himself.

This book was adapted into the 1990 Canadian TV movie Frame Up Blues aka Le Danse du Scorpion.

“Baker’s writing is exceptional and injects a heavy dose of realism and violence for a 1952 novel. The Cheaters mixes the grit and grime of Donald Hamilton (Matt Helm) with the sarcastic afterglow of Mickey Spillane (Mike Hammer). Baker’s writing is just so engaging and produces a strong, emotional reaction. If you have a penchant for strong, “fight or die” heroes forced into inevitable violence, then The Cheaters will surely hit you like a ton of bricks. This is uncompromising, unwavering crime-fiction.” Paperback Warrior