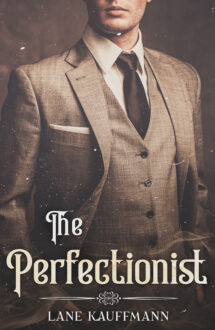 The Perfectionist By Lane Kauffmann

Martin Pryor is a perfectionist who stages a meticulously-plotted accident to kill his wife…and just when it seems like he’s committed a flawless crime, he gets a note from a blackmailer demanding money not to expose the details of the murder . He’s not frightened or concerned, instead he’s stimulated by the challenge of exposing the blackmailer, who he’s certain can’t possibly be as smart as he is. He knows his quarry must be among his tight circle of country club friends. But which one is it? And could it be the woman he’s sleeping with now?

Reprinted in 1956 as Kill The Beloved

“Artfully conceived and executed, building with suspense to a smashing climax.” Albuquerque Tribune

“It’s been a long time since a crime novel as interesting as The Perfectionist was published. It’s as exciting as a thriller with a dynamic drive to an inevitable but surprising end. The author promises to be one of America’s great contributors to crime fiction,” Birmingham Post

“Sheer entertainment all the way in a novel of mannered revenge,” Honolulu Advertiser

“The characters are wonderfully drawn. The Perfectionist is a curious book, a satire, a psychological study, and a suspense story all-in-one.” Kingsport Times-News

“A literate mystery novel that’s likely to find itself on lists of the year’s best.” Lexington Herald

“A meticulous study of a man who is convinced of his own superiority. The murderer finds the puzzle of identifying the blackmailer stimulating, feeling confident of winning the battle of wits. The careful development of the mystery story and the skill with which the murderer is turned into a sympathetic character makes Kauffmann appear something of a perfectionist in the field of writing.” Sydney Morning Herald