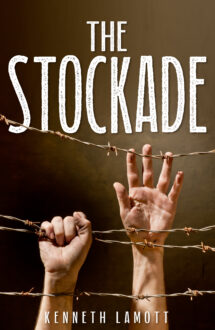 The Stockade By Kenneth Lamott

A tough, revealing novel of men and women in the wake of war…in the tradition of The Naked & The Dead and From Here to Eternity.

Lt. Rossi is a tough Marine commander of a small, battle-weary platoon that’s guarding 5000 prisoners-of-war in a Pacific island stockade. But his harsh efforts to maintain order, combined with a cascade of cultural misunderstandings and the platroon’s consistentally brutal treatment of their prisoners, is raising the already simmering tension to the boiling point…and a possible massacre.

“Lamott walks with such a sure stride through this little military world that he makes it immediately alive and real.” Chicago Tribune

“The story of World War II has been written by hundreds of authors. Not one has written a more original story than Kenneth Lamott. A fine war novel.” Chattanoga Daily Times

“One of the most violent pictures of the bestiality and horrors of war…yet a record imbued with infinite compassion. Shocking, moving, engrossing. ” Savannah Morning News