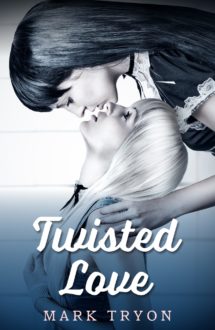 The notorious banned book that led to the landmark 1959 Supreme Court case Smith v California protecting freedom of speech… back in print for the first time in nearly 70 years!

Nym was so beautiful that she could have any man she wanted… if she’d wanted a man. The shocking story of a woman who hated men and used her body to lure them to disaster… while seducing women to satisfy her own carnal desires. A banned classic, back in print for the first time in nearly 70 years!

Nym O’Sullivan, the daughter of a lesbian, grew up hating men. But she’s far too sexy a woman to avoid their attentions, and one even forces her into marriage. In revenge, she makes him a slave to her incredible body… using him, taking what he has, then laughing at his ruination. And with that same, beautiful body, she lures her young lover, Johnny Martel, into a scheme to destroy him and reward her with vast wealth.

Previously published as Sweeter Than Life and The Twisted Loves of Nym O’Sullivan. In 1953, undercover police officers in Los Angeles bought a copy of Sweeter Than Life from bookseller Eleazar Smith, charging him with obscenity. He was tried and found guilty. He appealed the case to the U.S. Supreme Court, which ruled in Smith’s favor. The court didn’t rule on the issue of whether Tryon’s book was obscene… rather they argued the ordinance made booksellers criminally liable for selling and stocking “obscene” books on their shelves, without proof the bookseller knew anything about the content of the books. The court decided this violated the due process clause of the 14th amendment.