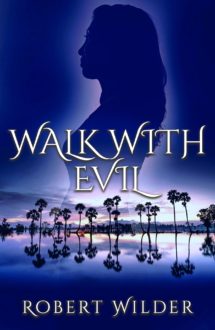 WALK WITH EVIL By Robert Wilder

A terrifying story of unrelenting suspense, back in print for the first time in over sixty years.

There is little chance of redemption in Redemption Cay, a Florida town where a million dollars in stolen cash was buried decades ago… and now a brutal mob boss, recently released after twenty years in prison, is coming to find it. But he’s not alone. A young reporter is also on the trail… but telling the story could jeopardize the life of the innocent woman he loves.

“The plot involves a scheme to recover some lost loot. It ends with lots of blood-letting and a gentle, but wry twist.” Chickasha Daily Express

Robert Wilder (1901-1974) was an ex-newspaper reporter whose blockbuster novels include Written on the Wind and Flamingo Road, which both became classic movies. Flamingo Road was also a hit play and was adapted into a short-lived 1980s TV series.