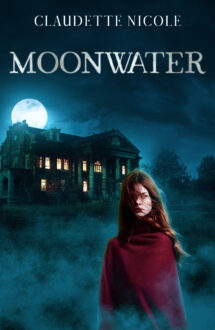 Pirie DuChamps fears for her own life, but she can't leave Moonwater, their ancestral home, because of her sister Peely's grave illness...one that causes Peely to see horrific, ghostly reflections of herself and terrifying visions of the future. Most disturbing of all, Peely can see Pirie being brutally murdered. Their housekeeper Valonia believes the visions are real, that Peely is seeing her own "astral double," and won't let anyone but an old bayou doctor of folk medicine treat her. But Pirie wants to get her sister to a real doctor....before someone kills them both.