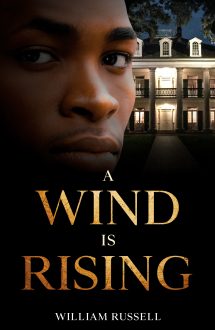 A Wind is Rising By William Russell

A searing, brutally realistic novel of race relations in the deep south, finally back in print for the first time in 70 years.

“A powerful and moving novel that should be widely read,” Cincinnati Enquirer

“Among novels of the deep south, this is one of the best.” The Observer (London)

“A thrilling novel of race relations in the deep south.” Richmond Times Dispatch

“There is struggle, bootlegging, and violence. William Russell knows his Delta country well and shows great understanding of the problems there. A compassionate story of plantation life.” Winston County Journal