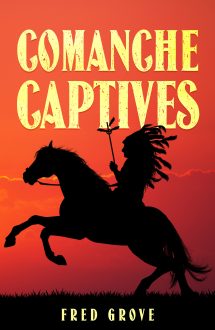 1961 Winner of the Oklahoma Writing Award.

1961 Winner of the Spur Award for Best Western Novel.

Colonel Ranald MacKenzie is a good commander. He and his men have a reputation for achieving victory against incredible odds, but right now he needs every able-bodied man for action over the border and can’t spare anyone for another vital mission he needs performed. So he calls in Lt. William Baldwin from sick leave and gives him an impossible assignment: lead 300 Comanche captives to Fort Sill, a harrowing, four-hundred mile journey through territory where hundreds of Comanches are still free and can be counted on to conduct a running fight every inch of the way. Not only that, but Baldwin will have to defend his prisoners against white attack, too — from rabid, Indian-hating settlers to whom the only good Indian was a dead one. As if that wasn’t difficult enough, MacKenzie can only assign Baldwin a single platoon of men to protect his captives. And not just any platoon, but one made up of tarnished men barred from active duty. It’s a journey to hell and Baldwin is willing to lead it.

Fred Grove received the 1961 Western Heritage Award from the National Cowboy Hall of Fame. He spent several years as a newspaper reporter in Oklahoma and Texas before becoming a full-time western novelist.