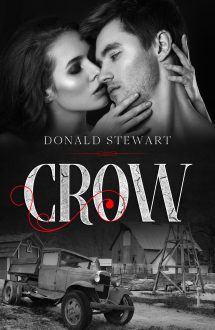 A bold, stunning, and critically-acclaimed novel of struggle, injustice, violence and lust, now rediscovered and back in print for the first time in over sixty years.

“The story is intense, dramatic and powerfully built. Stewart has drawn characters convincingly and well. He demonstrates the consequences of harsh, unthinking actions on an inherently good man.” Washington Post

John Dietche was unjustly imprisoned for a theft he didn’t commit. He breaks parole and returns to the upstate New York country where his family once lived…and where his wife, pregnant when he was imprisoned, died in child-birth, his estranged daughter raised by others. It’s also where, during WWI, his German-born father was falsely accused of being a spy, leading to a bloody melee by torch-bearing vigilantes that blinded John, then a child, in one eye.

Now John is hired. simply for room and board, by an unhappily married couple to work their bleak, struggling farm. He soon begins a heated affair with the sex-starved wife, who threatens to turn him into the law, and send him back to prison, if he doesn’t cater to her every whim, physical and otherwise. So he does, suffering a different kind of imprisonment, one every bit as soul crushing as what he escaped. Their strange affair soon escalates into searing violence….and into his tragic history repeating itself.

“A strange, moody, intense novel. Stewart has a strong and vigorous style, an impressionistic technique, telling his story in swift and vivid scenes. A work of real originality and a high degree of technical skill.” The Record (Hackensack, New Jersey)

“A very intense and moving book…there are often remarkable insights into the human personality. Stewart has a delicate sense of words and can combine them powerfully.” Lexington Herald-Leader

“A first novel dealing with hatred and primitive urges. It’s intensity, sympathy and vigor make it not only promising, but striking.” New York Post

A previously paperback edition, released in 1959, was published under the alternate title Strange Bondage.