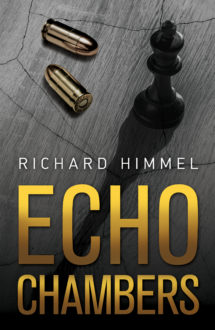 It’s 1982. Angus MacGlendon is an American business tycoon targeted by the Chinese as a key player in their secret plot to become a global industrial and economic superpower… and they will do whatever it takes, from blackmail to violence, to get him to cooperate. He soon becomes a target of the CIA, KGB and spies from Taiwan. To survive, he must play a complicated game of international intrigue and terror with the fate of the world in the balance…