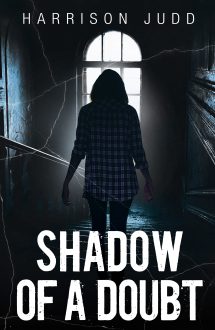 Shadow of a Doubt By Harrison Judd/Norman Daniels

Harold Griffith is a widowed, middle-aged school teacher who lives with his daughter Grace. His friend Neil Morrison, a respected banker and Grace’s boss, is accused of luring a little girl into an empty house, where he raped and murdered her. Or did he? Grace isn’t sure he’s guilty, she’s falling for the cop on the case, and it’s her father’s testimony that could clinch Morrison’s conviction…and send him to the gas chamber.

Harrison Judd was a pseudonym for Norman Daniels (1905 – 1995). This novel was adapted into the 1978 French-Italian film Le Témoin, starring Alberto Berti and Philippe Noiret and directed by Jean-Pierre Mocky. Berti stepped in when Jean Gabin, who was originally signed to star, died shortly before production.