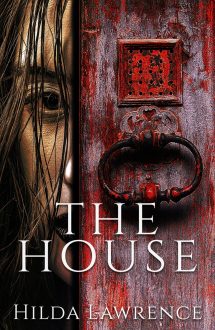 THE HOUSE By Hilda Lawrence

The return of a horror classic by a true master of terror.

“Hilda Lawrence writes a smooth, insidious kind of chiller, one that doens’t need bangs and shrieks to achieve its effects. It sets up a rare atmosphere of unlocalized, disembodied terror.” New York Times

Isobel Ford returns from a life spent almost entirely in boarding school to the remote, four-turreted house in the woods that has always frightened her…and only days later, her eccentric father kills himself by driving off a cliff. She’s haunted by his shocking death…and by the house itself, which she knows in her bones hides terrifying secrets. And yet she is determined to discover the truth…no matter how horrifying it will be.

“A really literate thriller. Lawrence is one of America’s finest tellers of suspense tales, She builds her story to a crashing finale. Absolutely tops in the field.” Montgomery Advertiser

“One of the scariest yarns in many a cold moon. The plot is a honey and something really new.” Los Angeles Daily News

“Lawrence can build up horror as well as anyone in the business. A real find.” Boston Globe

“Emotional rather than deductive process, this has suspense for its most important ingredient. Quality class.” Kirkus Reviews