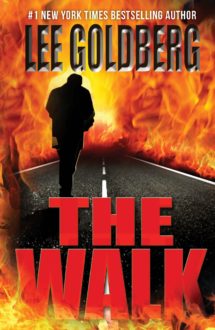 THE WALK By Lee Goldberg

“A high-octane mystery that moves like a bullet-train!” —Janet Evanovich

“Can books be better than television? You bet they can — when Lee Goldberg’s writing them.” —Lee Child

“Leaves you guessing right up until the heart-stopping ending.” —Lisa Gardner

“Lee Goldberg can plot and write with the best of them.” —Mystery Scene Magazine

“If great pacing with awesome characters is what keeps you up at night, then make a pot of coffee and open this book.” —Crimespree

“Grabs you from page one with brilliant wit, sharply honed suspense, and a huge helping of pure originality.” —Jeffery Deaver

“With books this good, who needs TV?” —Chicago Sun Times

“Lee is one of my favorite writers for so many reasons—plotting, character, or his incredible sense of humor. Suffice to say that Goldberg is one infinitely readable master of crime fiction, and King City is Lee at his best.” —Craig Johnson

“You’d be hard-pressed to find another recent work that provides so many hip and humorous moments.” —Bookgasm