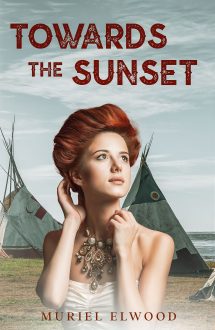 Towards the Sunset By Muriel Elwood

The third novel in Muriel Elwood’s classic western saga, which began with Heritage of the River, but a story that stands on its own as a stunning, historical adventure. Back in print for the first time in 75 years.

“An vivid tale of life lived gloriously in the face of privation and hardship that stirs the imagination.” The Daily Oklahoman

“The most stirring and suspenseful story she has yet written.” Publishers Weekly

“Written with knowledge of the period and plenty of enthusiasm…it will stir the imagination of any reader.” The Meridian Record-Journal

“Muriel Elwood has quite a gift for spinning out the threads of the story and weaves a colorful pattern of a turbulent era.” The Courier-Journal