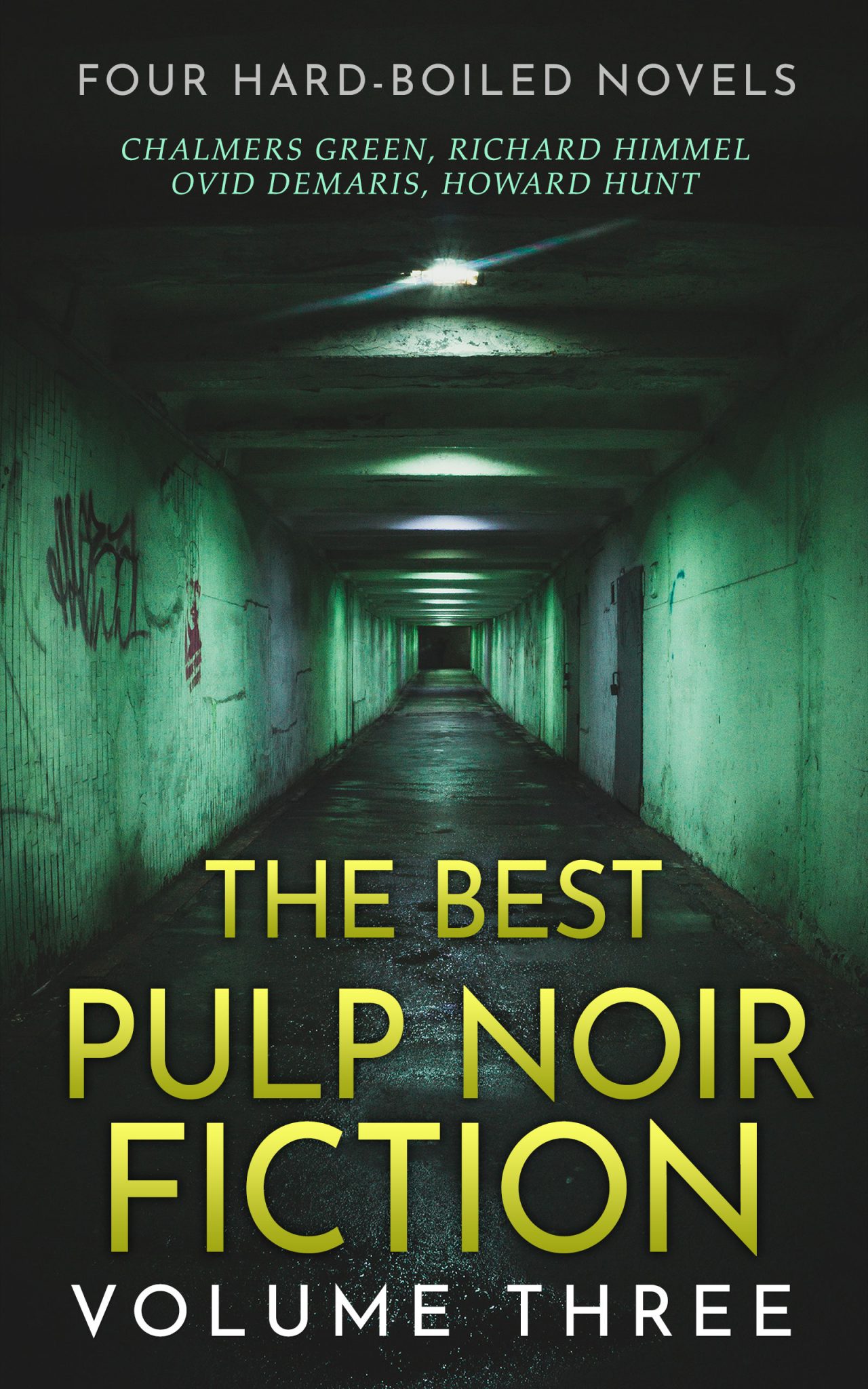 THE SCARLET VENUS
A wickedly subversive, unpredictable and powerful hard-boiled masterpiece…lost for generations, now rediscovered. Soldier McQuade is a prizefighter in New York who goes back to his rural home when his widowed sister-in-law dies, leaving behind two kids. He’s accompanied by Tennessee Bell, his other sister-in-law, who is on the run from a violent lover. But that simple, seemingly conventional starting point doesn’t begin to do this story justice… and to say more would spoil the stunning plot twists that veer shockingly away from every cliche.

I’LL FIND YOU
Johnny Maguire is a struggling lawyer who falls into a passionate affair with the widow of one of his clients. She disappears… supposedly taking a suicide dive into the ocean. But Maquire doesn’t buy it and starts searching for her…a quest that pits him against the mob and spirals into a twisted story of sex and murder.

THE LUSTING DRIVE
Guy Hill is pure evil, a washed-up movie star who returns to his hometown, seduces & marries the owner of the furniture company that is the life blood of the entire community, and then he murders her. He takes over the business and becomes the local King, holding everyone in the thrall and terror of his lusting drive for sex and power. His only adversary is his one-armed brother, the local Sheriff, who is powerless to stop him…until the car belonging to Guy’s “missing” wife is pulled from the cold depths of a local resevoir. Now Guy’s grip on power begins to erode, exposing the dark passions, deep corruption, and the lusting drives of everyone in the town.

THE JUDAS HOUR
He had to destroy this evil woman. This woman he had once wanted with an animal passion. She brought him back from a living death, rescued him from degredation. But that had been no act of kindness and love. It had been, instead, part of a deliberate and fiendish plan. For now she felt that she owned him, that his life was hers. And she would use him as a piece of machinery, to be discarded on the junk heap the minute his usefulness was over. Yes, he’d been allowed to live… only so he could die.