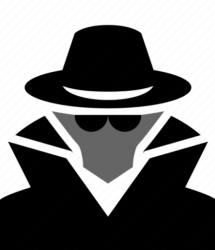 “Delano Stagg” was the pseudonum for Mel R. Sabre and Paul Eiden, both of whom saw combat as paratroop non-coms during WWII. Their joint decorations included the Purple Heart, two Silver Stars, a Bronze Star, five campaign stars, a brace of Presidential Unit Citations, adn the Frech fourragere of the Croix de Guerre. Both later became newspaper reporters, authors and screenwriters.

"Come on you sinners, hell is only half full!"

That was the battle cry of Marine Captain Cal Hobbes as he led his countless, seemingly suicidal charges in World War II. On island after island -- Guam, Okinawa, Tarawa, Iwo Jima -- his platoon always won their battles, no matter what the cost. Because for Hobbes, no sacrifice was too great, as long as someone else made it.