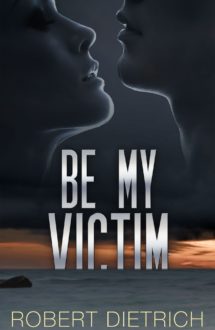 BE MY VICTIM By E. Howard Hunt/Robert Dietrich

“The action is fast and furious.” The Brooklyn Daily

“A hard-boiled yarn with an authentic, Florida background. The hero battles town bosses at an excessive price in violence and murder. Dietrich knows his stuff and handles it well.” The Boston Globe

Land of the Eternal Sucker. That was Coral City, Slade County, Florida in 1956. By day, the tourist robbery is genteel… practiced by scrubbed and bowing clerks, merchants, and restauranteurs who wait all year to gouge and swindle out-of-town customers. But it’s at night that the real money is made… at tourist cabins, at cockfights, and at plush, private clubs where the only winner is the house and nobody seems to care. Nobody except Pop Seegar, who owns everything that makes money and ruins lives in Slade County.

When an attempted murder goes explosively wrong, and Kendall goes on a rampage of retribution, Seegar finds a woman to lure Kendall to his doom and restore the natural order of vice and corruption once and for all…