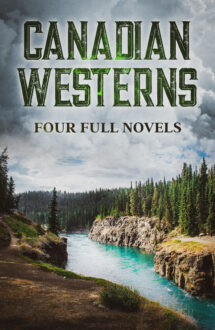 Heritage of The River by Muriel Elwood
“One of the most fascinating historical novels written in some time. Heritage of the River combines action, color, atmosphere and characterization in equal proportions. Fascinating reading.” The Gazette (Montreal)

“A harrowing, robust historical novel, the colorful, swift-moving story of Canada in the late 1600s…vividly portraying Quebec and Montreal and the hostile Indian tribes with whom the French waged almost constant war.” Philadelphia Inquirer

The Burntwood Men by Robert McCaig
“A tremendously exciting western. The novel is wild, raw and lusty, a two-fisted slugging adventure.” Boston Herald

The Tall Captains by Bart Spicer
“This painstakingly researched novel of early Canada is one of the best it has been our good fortune to encounter.” The Gazette (Montreal, Quebec, Canada)

A sprawling, action-packed epic about the war for Canada… and the legendary men who fought it. It’s 1759. Duncan Crosbie, exiled Scotsman, soldier of France, loves war. He’s driven by his unrelenting determination to defeat the English, who killed his father at the Battle of Culloden. But Crosbie is not getting much of an opportunity to fight anymore. The French king lolls in his palace, under the witchery of Madame de Pompadour, and the army stands idle. So Crosbie sails for the New World, to join the tall captains, fighting the British in the northern wilds of Canada…

Toward the Sunset by Muriel Elwood
“A vivid tale of life lived gloriously in the face of privation and hardship that stirs the imagination.” The Daily Oklahoman

“The most stirring and suspenseful story she has yet written.” Publishers Weekly

BONUS NOVEL:  The Outlaw Breed by William Byron Mowery
“A dramatic story crammed full of hard-hitting action.” The Paducah Sun
​​​​​​​
It’s 1936. Noel Irving, ex-chief of the Secret Squad of the Royal Canadian Mounted Police, witnesses a brutal killing that sends him on an epic, harrowing quest deep into the Canadian wilderness, and to the furthest edges of the continent and humanity, in his relentless pursuit of bloody, final justice.