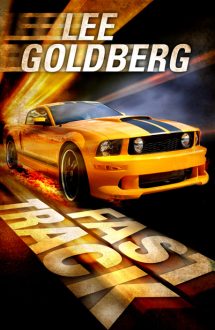 But for four young urban street racers in L.A., speed is something else entirely.

It’s a way of life… and the only way they know that they’re alive.

And they need to prove it to themselves…every second of every day. Not just in their cars. Not just on the streets.

Buckle up, friends. It’s a hell of a ride.

FAST TRACK is the exhilarating street-racing adventure from Lee Goldberg, #1 New York Times bestselling author of True Fiction, Lost Hills and The Walk. And if you like the book, don’t miss the hit feature film, loaded with street racing action and breathtaking stunts, now available on Amazon Prime and on DVD)