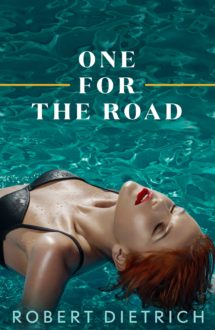 ONE FOR THE ROAD By E. Howard Hunt/Robert Dietrich

It’s 1954. The man’s name is Larry Roberts. His home is the highway, working the rich widow racket from Miami to L.A. Now he gets into bed with a lusty young socialite who is plotting her own deadly twist on double indemnity… and the sucker this time might just be him.

“The coolest things about this thin paperback were the innovative story arcs and vivid settings… (it) weaves three separate plots into an overarching narrative. I had no idea where this one was heading. The plotting was just masterful. There’s sex, violence, duplicity and intrigue. This is the vintage novel you deserve. Highly recommended” Paperback Warrior