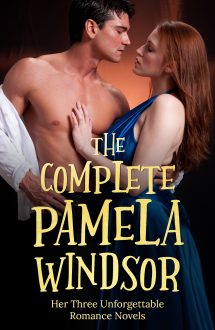 FORSAKING ALL OTHERS
She Was a Lady By Birth, a Rebel by Choice, a Woman By Instinct..
As the Empire erupts in revolution and Ireland fights for her life, a tempestuous Alison Ashcroft and a headstrong Jeremy Thornton challenge George III and his intrepid Navy for the Irish cause and their own flaming passion. To Alison and Jeremy, there is no law beyond their own love, no body beyond their own bodies. They court danger on the high seas, risk death in the raw English countryside, and share a passion that surpasses all peril. A surging saga of a man and a woman who shattered every law but their own.

“You will wed him!” the Count swore, and Marina’s heart sank. At 19, in the fullness of her beauty, she was promised to a man she didn’t love. She was a prisoner of her own high birth, even though her tempestuous spirit rebelled…

Then Italy was shaken by the Camorrist revolt, and the rebel leader took Marina in his mountain stronghold. From that moment, she was bound by a tie stronger than blood or birth. Theirs was a love that defied all the laws of God and man…a love that Prince and Church alike would do all their best to destroy!

AT PASSION’S TIDE
She ruled the sea with a woman’s fire, a man’s daring, and the Devil’s desire for vengeance.

From the wild Cornish coast to Boston’s mist-shrouded shores, she was a living legend — the beautiful Rosaleen Powell, heiress to a shipping empire — and victim of a cutthroat rival. Frank Shields would stop at nothing to gain control of the shimmering Atlantic corridor. But she never imagined he would strike so close to the heart.

Niles Brewster had made her love again, live again, until she discovered the truth about his connection to Frank Shields. Now she would crush them both, fight them with everything in her power — beauty, brains, iron will, and wealth that would be hers– even if she had to marry it. But the final satisfaction would come only when she took the helm herself in the race for the pot of gold on the other side of the ocean. Then, and only then, would she settle a debt that had been scaled in tears — and blood.