MURDER ON HER MIND

MURDER ON THE ROCKS

My Gun Has Bullets 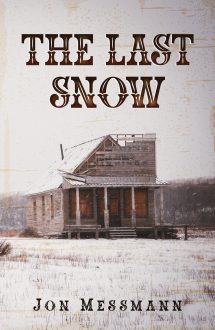 The Last Snow By Jon Messmann

The final, western masterpiece by Jon Messmann, aka Jon Sharpe, creator of the legendary Trailsman series of western.

Mountain Man Daniel Culver knew when the storms blew down soon from the North Country, the frontier town of Stoddard would be cut off from the world. He also knew what the Cheyenne war drums meant that he heard echoing in the hills. A massacre was coming unless the townspeople fled...and they had to do it now, because nobody had ever made it alive over Snowshoe Pass once the snows began. But no one would listen to the buckskin-clad loner except one tough, independent woman. Together these two had to make a choice: either stay and face certain death battling the Cheyenne, or attempt to escape into a snowbound wilderness that no man had ever come out of alive.